Back to all
Digital//Digital Primer

We’ve started to change things up at Frederick Swanston and there have been some things that a few people at FredSwan and client-side have had some questions about lately. Enough so that I thought it would be worth the effort to give a little insight into a few things we do, why we do them, and try to write up some reference guides on things that might be new to some people.

And the idea of Digital Primer was born.

On today’s episode of Digital Primer, I want to talk about Markdown.

Markdown was created by John Gruber who runs daringfireball.net and hosts The Talk Show podcast. He’s a really clever guy. If you’ve never heard of him, go check him out (don’t worry, I’ll wait). daringfireball.net 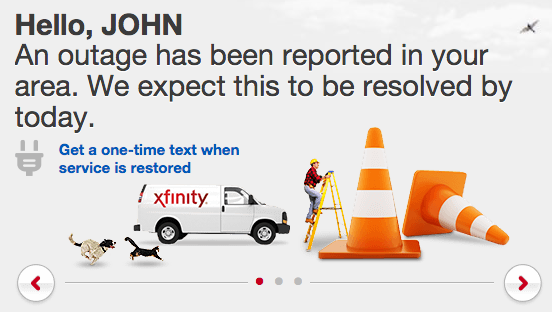 I know why it took you so long, it’s hard to compete with something like this. Why is that cone so big?

Are you back? Awesome! It’s probably been a few hours since you got distracted on his site and listened to a few episodes of The Talk Show, but let’s jump right back in to Markdown!

Where Is Markdown Used?

The short answer is: all over the place and you just don’t realize it. It has been used to write blog posts, webpage content, books, README documents, and much more for years.

One of the most visible places Markdown is used is on Github. Checkout the README.md on this repository. Pretty easy to read, right? Well, an .MD file type is used for Markdown, so that bad boy actually looks like this.

Why Does It Matter to FredSwan?

Well, we’re going paperless so we’ve started to really commit to online project management for external and internal projects. We’re currently using Trello and really like it. BUT Trello doesn’t have a WYSIWYG editor like WordPress or Basecamp, if you want to add *emphasis*\ you have to write it in Markdown.

Getting Started with Markdown

First, you’ll need an app that can read .MD or .MDOWN files. Head on over to BareBones Software and download TextWrangler. It’s FREE, so that’s the lowest point of entry.

If you’re really interested in Markdown or have noticed a lot of files flying across your inbox, then you may want to check out a few other apps.

Marked 2 by Brett Terpstra is probably the best Markdown preview and writing tool you can find. You could write and format an entire website using it. It’s really amazing.

Mou would be the next step up to TextWrangler and it’s really nice because it has a side-by-side view of the Markdown you’re writing and how the text renders.

If you really want to commit to Markdown, you’ll need to get Sublime Text. There are a metric butt-ton of packages that can be installed for various types of Markdown syntax highlighting, previewing, and other actions (there’s even a package to send a file to Marked 2 for previewing that I use just about all day everyday).

I’ve rambled enough, let’s get an overview on how to write Markdown.

###Headings
You can start documents out with a heading. Similar to the h1 tag in HTML, add a pound sign (or hashtag – kids these days) before the line where your heading text. Headings can be used for the title of a blog post or section headers.

###Bold and Emphasis
I still get frustrated with bold and italics in Markdown because there seem to be so many programs that choose to use slightly different variations. But I will tell you want I consistently use and haven’t had any issues.

For italics, you will need to add stars * on both sides of the text.

To bold text, add double stars ** on both sides. **this is bold** reads like this is bold

###Pre-formatted Text and Code
This section starts to veer away from “Markdown proper” a bit. There are few different flavors of Markdown now, but the two most popular and widely-used behind the original are Multi-Markdown and GFM (GitHub Flavored Markdown).

The Beginning of Your Markdown Journey

This is intended to be a really quick intro to Markdown. I may write a follow-up post soon, but there are a tremendous amount of resources to learn more.